posted in Trauma Surgery on November 21, 2017 by Editor

A 45 year-old female with a history of pre-diabetes and gastroesophageal reflux disease presents with 3 days of epigastric abdominal pain. She describes constant, burning abdominal pain which worsened on the day of presentation associated with two episodes of non-bloody and non-bilious emesis. The patient was tender to palpation in the epigastrium and right upper quadrant. 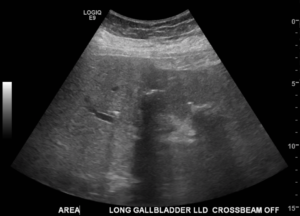 The patient underwent contrast-enhanced computed tomography of the abdomen and pelvis which is shown below. 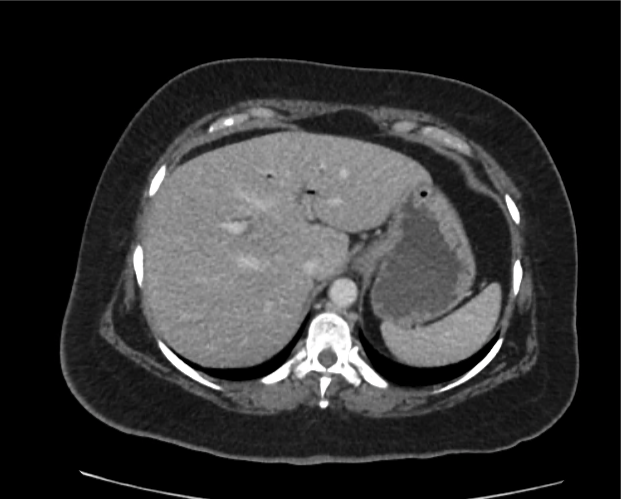 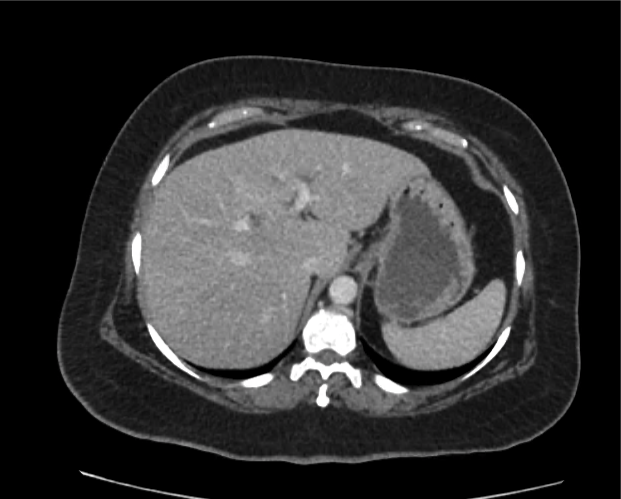 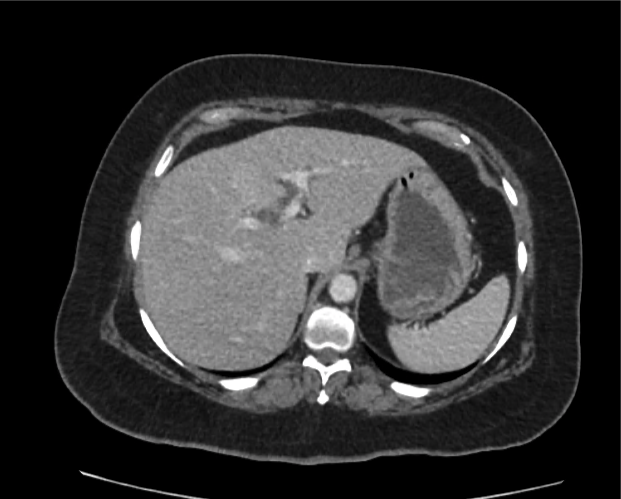 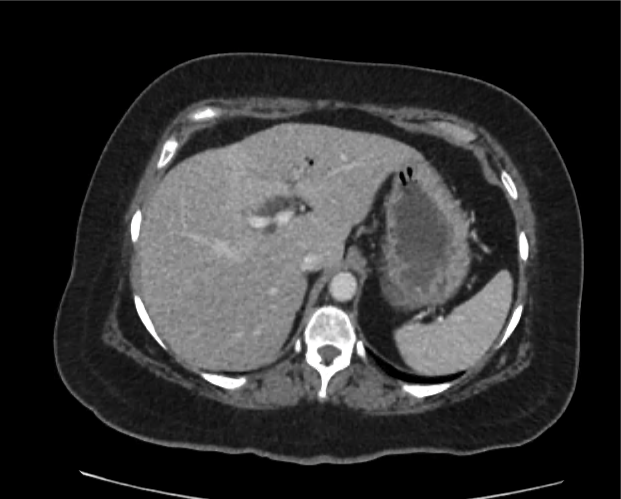 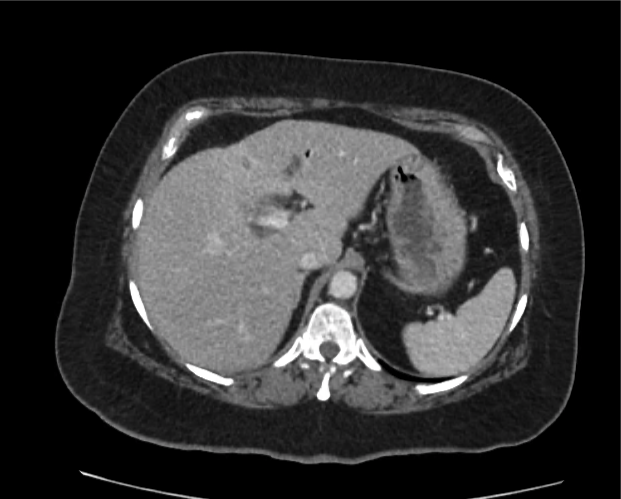 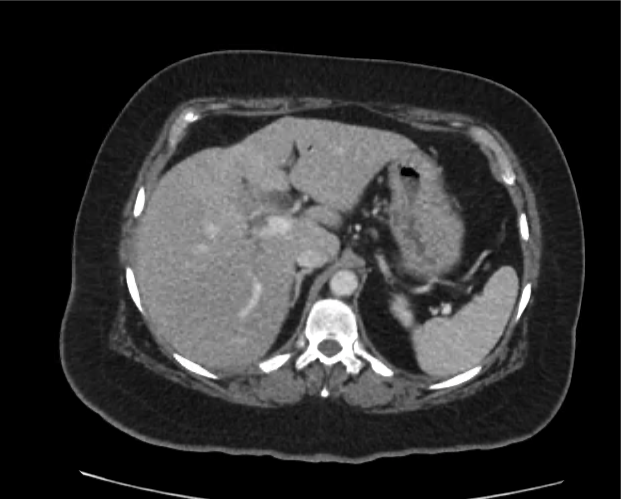 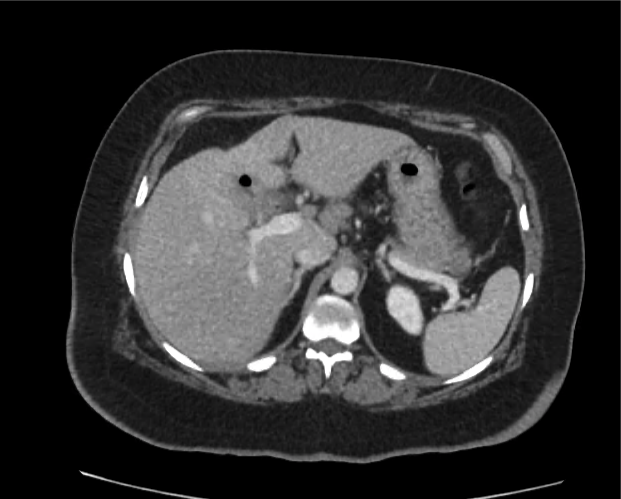 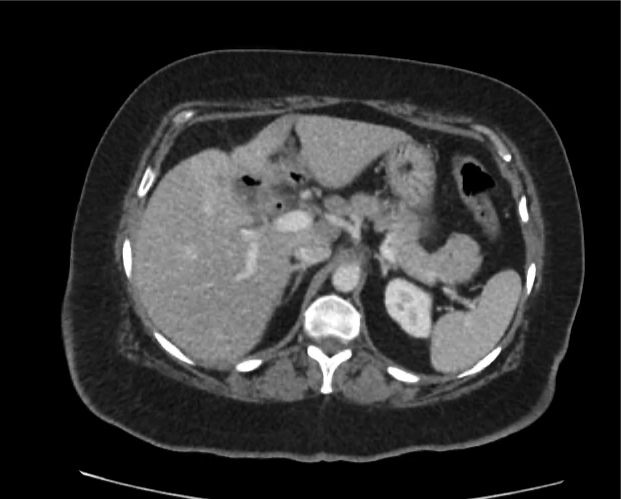 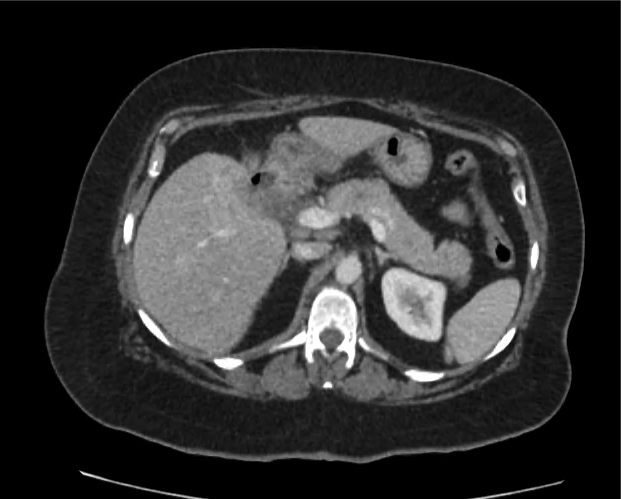 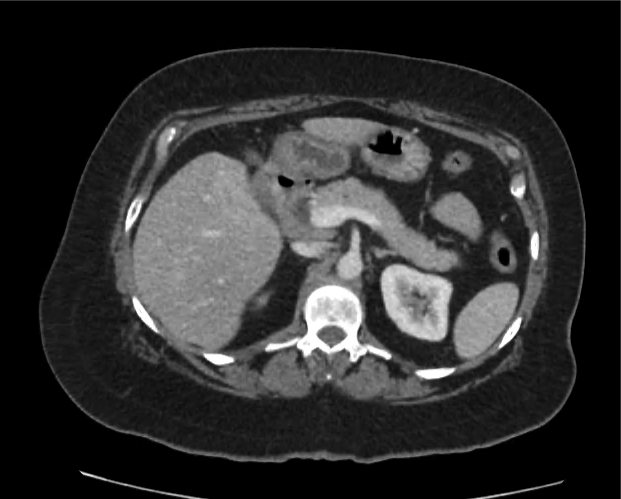 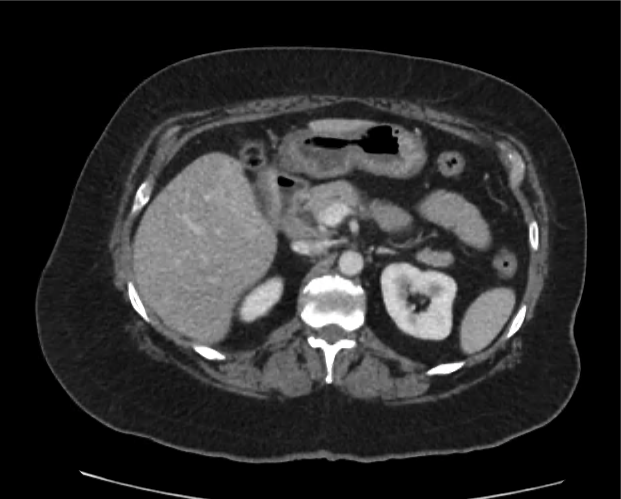 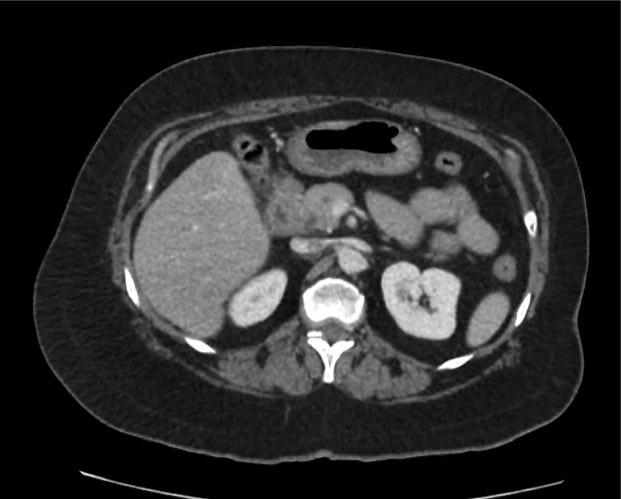 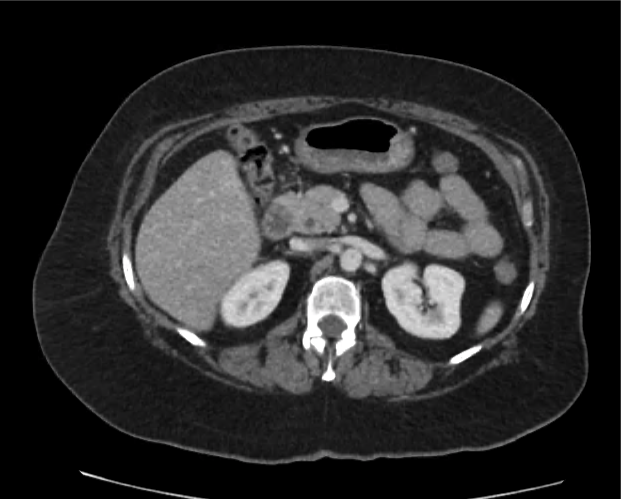 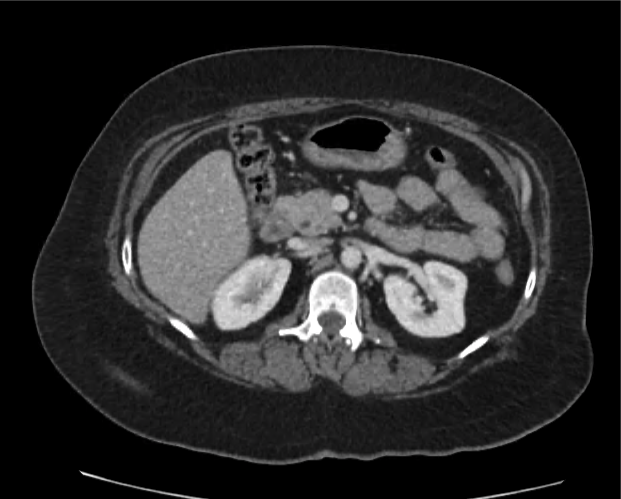 The patient was taken to the operating room for exploratory laparotomy, possible cholecystectomy and possible small bowel resection for presumed gallstone ileus. Intra-operative findings were notable for a cholecystogastric fistula which was repaired.

The patient’s CT demonstrated mostly central hepatic gas. This finding combined with the presence of an air-fluid level in the gallbladder was most consistent with pneumobilia. This case demonstrates an application of the previously-developed algorithm for the evaluation of hepatic gas in a relatively unique pathologic process.