posted in Infectious Disease, Internal Medicine on January 8, 2017 by Editor 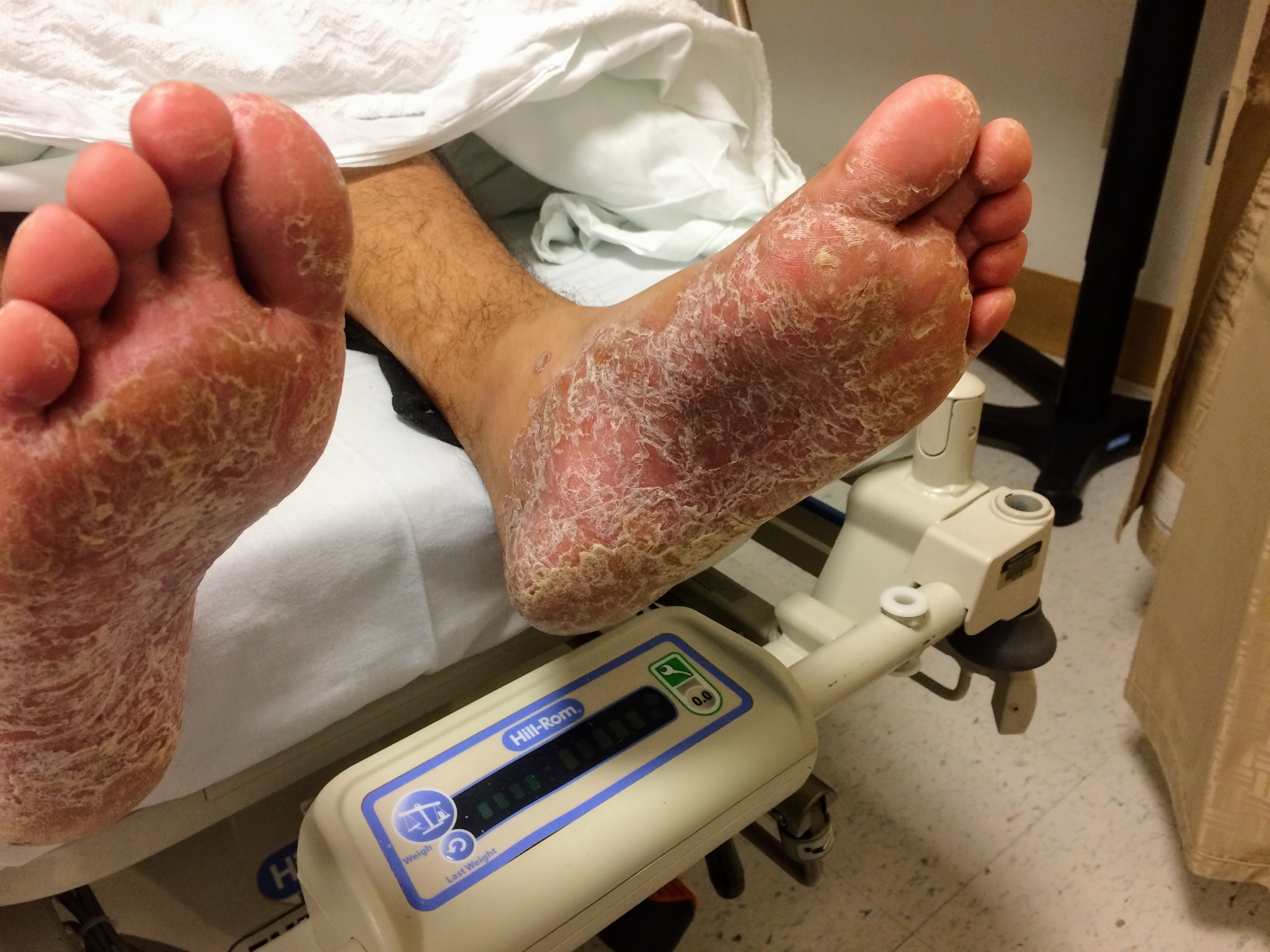 A young male with a history of HIV (untreated for the last year, with unknown CD4 count), and syphilis (reportedly treated with an intramuscular injection 1 year ago), presents with 4 months of a painful rash on the palms and soles and diplopia. Examination revealed the rash pictured below, ocular examination with minimal papilledema and anterior chamber inflammation. 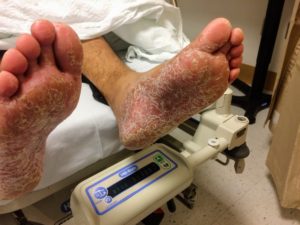 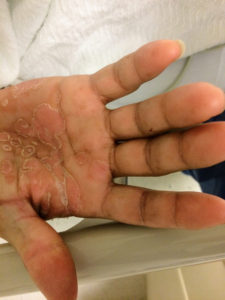 Labs were unremarkable. CSF sampling was notable for 34 WBC’s with lymphocyte predominance (92%), and elevated protein (56mg/dL). The patient was admitted for syphilis with presumed neurosyphilis. Serum RPR titer was elevated at 1:64,  FTA-ABS and CSF VDRL were reactive. The patient was treated with intravenous penicillin and anti-retroviral therapy was reinitiated.