A 34yo G4P2011 at 32w3d by LMP = 2nd trimester ultrasound with a history of GDMA1 is BIB ambulance for vaginal bleeding.

She states that she awoke at 0230 that morning noting significant vaginal bleeding. She denied any associated abdominal pain, uterine contractions, leakage of fluid or other vaginal discharge and has continued to note fetal movement. Her current pregnancy has been uncomplicated though she reports mention of a “low placenta”.

34yo G4P2011 at 32w3d by L=2 with complete placenta previa confirmed by TVUS presenting with first episode of vaginal bleeding. 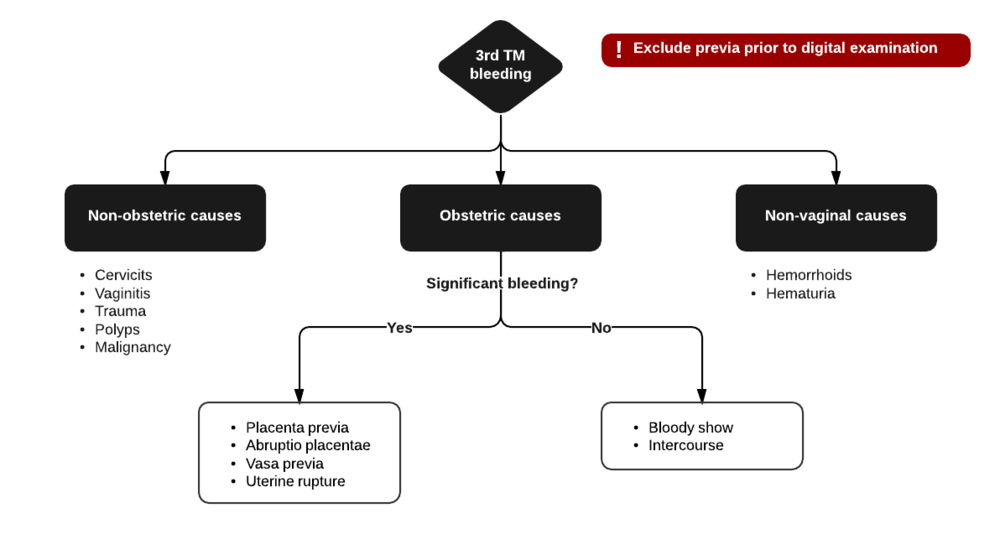